Joe Yow held a 60th birthday (大壽) celebration in his village in 1932.  This period was a relatively peaceful period in China’s Nationalist KMT government.   He had a major birthday celebration at his village.  The celebration was in keepings with the modest achievement he had from working in Australia.

Special open air theatre – constructed with bamboo scaffoldings (戲棚) –  set in his village. Chinese opera and ceremony would be performed on these structures.       The celebration ran for a month, and Chau clan from villages from all around the area were invited. 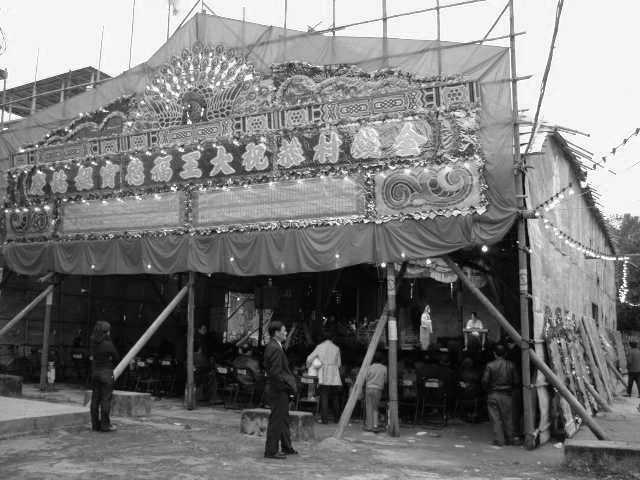 To commemorate his birthday, special rice bowls and chop sticks were made, to be used by guests in the celebratory meals and as a momento gift.  These bowls carries the word ‘three prosperity ‘ (三利).  It was thought to the prosperity of Joe Yow and his two other brothers.

Joe Yow retired in the village home with his second wife and a younger family.  He died at home in 1939 with his youngest sons by his side.  This was at the height of WWII, he was 67. 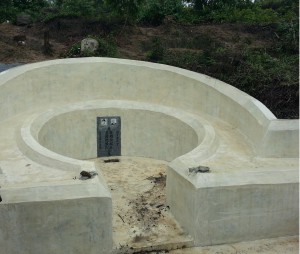 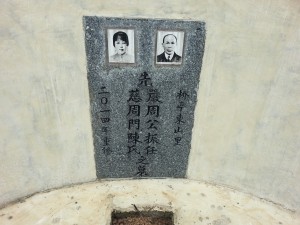 He was buried in a grave above the hill at the back of the village.  The grave site can be reached with a narrow path that runs from the house, pass the side of the pond, gently climbs for 15 minutes.     In 2010, his second wife’s grave (Chan Lin) was re-located to a plot next to him.  The join grave now overlooks the village house that he built.

Previous: Sauce and food in Macau
Next: Education and language