Joe Yow went into partnership with some of his countryman and set up a retail business in then China town – Lt Bourke street.   合和興  Hop Wo Hing of 119 Little Bourke street.  His business partner周棟Tony Chau, was also from SzeYup area, but had initially settled in Darwin.  The business can be described as a retail grocery store, with bananas being their major line of business.     His customers were local Chinese and some westerners.     Chau Gun (Joe Yow’s first son) worked with his father in this business. 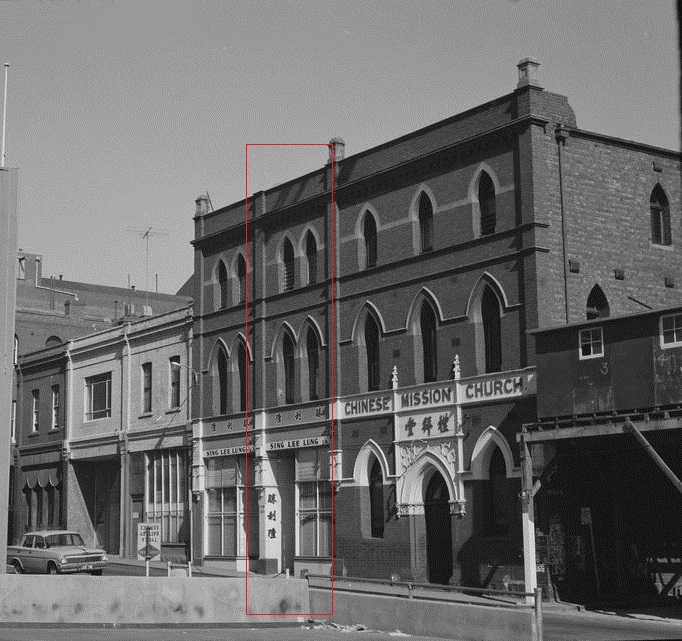 The adjacent building was the Chinese missionary, a type boarding house.  Joe Yow remembered Chinese seamen from all around the waters of Asia pacific found lounging there.   This readymade source of customers, had proved to also be good for the retail business.     There was a mention of Hop Wo Hing in the Age’s Argus – “Fire incident” in 20-Jan,1923.  http://trove.nla.gov.au/ndp/del/article/1870455?searchTerm=hop%20wo%20hing&searchLimits=

Parts of the paragraph reads

“Chinese Excited.     Confusion reigned in the buildings next to the mission, occupied by Yee Sang Yee, banana merchant, and Hop Wo Hing and Company, silk and fancy goods merchants. A Chinese who was asleep on the top floor of Yee Sang Yee’s shop was the first to be awakened by the fire. “It was worse fire I know, as flames come right in back and we no clothes on,” was the man’s dramatic description of the scene. “

Hop Wo Hing also served as a job board for the local community.  Labourers, gardeners looking for work, used Hop Wo Hing as a mail stop.  Here is an example of a situation wanted published in Argus daily paper on 27-July, 1916 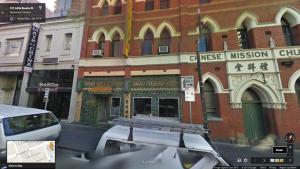 Hop Wo Hing is gone, in its place a restaurant.  The building stands exactly as it was 100 years ago.