All through 1890s and 1920s Joe Yow was able to travel between China and Australia.  At the turn of the century, new migration from China into Australia was restricted under the white Australia policy.  The instrument of this policy was the famous ‘dictation test’.  The net effect was that, by 1920s Chinese population effectively reduced to 5%-10% of the level at the height of the gold rush days. 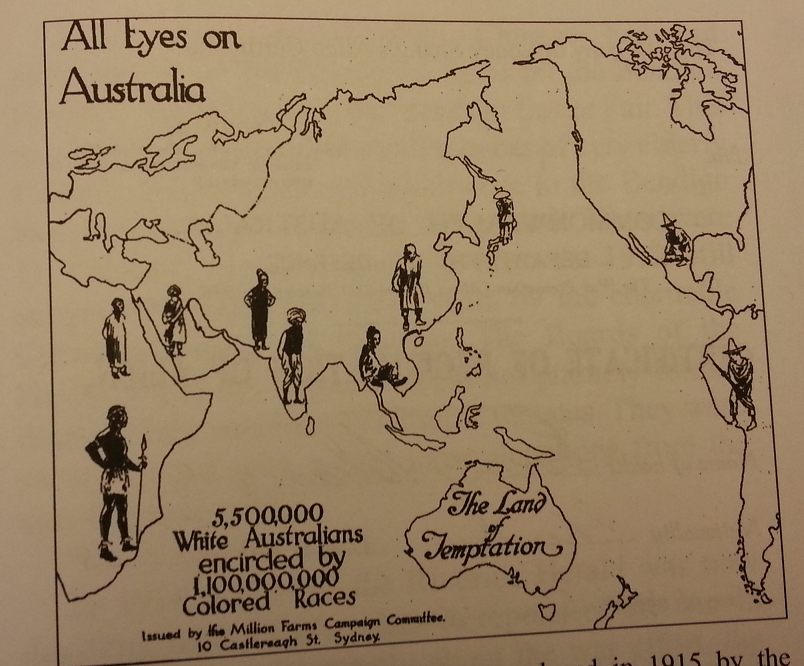 The dictation test was administered to foreigners or undesirables as a country entry-test.  It was based on a battery of pre-set passages in different European languages.     A passage was selected by the Commonwealth immigration official, to ensure 100% failure rate.   Failure of the test meant deportation.   The scheme was set up in 1901, and eventually abolished in 1958.

Here is an example of one of the passage.

“The tiger is sleeker, and so lithe and graceful that he does not show to the same appalling advantage as his cousin, the lion, with the roar that shakes the earth.  Both are cats, cousins of our amiable purring friend of the hearthrug, but the tiger is the king of the family.”

Immigration policy allowed movement of established Chinese migrants, or persons entering or travelling for commercial reasons.  In addition, men were generally not allowed to bring wives into Australia.

For Joe Yow, he had a special piece of document that allowed him to travel.   He called this 回頭紙  (Turn Around Paper). This was an exemption from the dictation paper, effectively a re-entry visa.  The other method of migration under the White Australia policy is commercial related travel, where staff is ‘sponsored’ into the country under strict criteria, usually related to volume or turnover of business in Australia.    Even this, had a specific duration of stay in Australia. 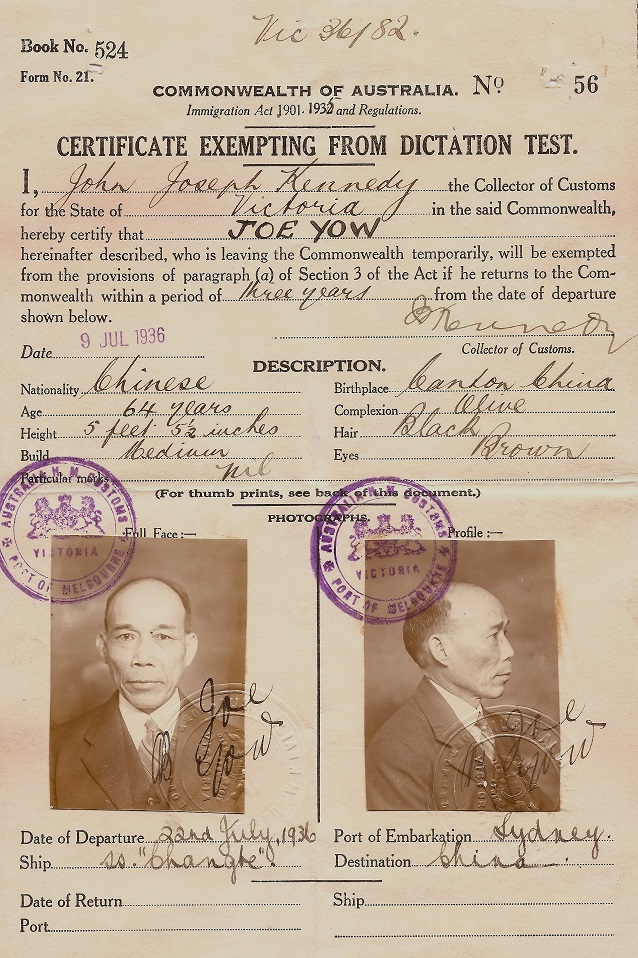