The guard tower was built by Joe Yow.  It was designed to defend of or offer refuge for the villagers from raids by bandits.  At the end of Qing dynasty and in throughout the Nationalist government, law and order started to deteriorate.  Guard towers offer some form of protection. 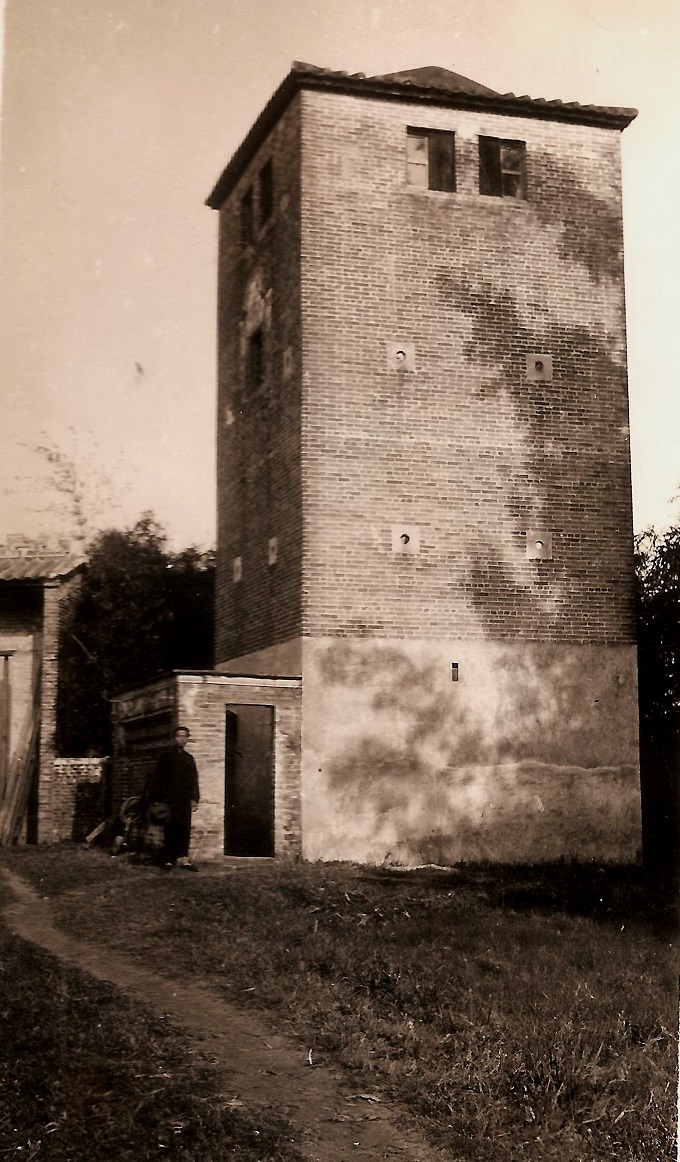 The entrance door is made out of wrought iron, that Joe Yow imported from Australia. The guard tower originally was 3 stories high.  On the top level, there was an armoury with fire arms and weapons.  The second level was a make shift living quarter.  There were bedding and in fact the Chau’s family spent a lot of night sleeping in the guard tower.

The third level of the guard tower was demolished, during WWII. In fact at the request of the Chinese Nationalist army for fear of falling into Japanese hands. 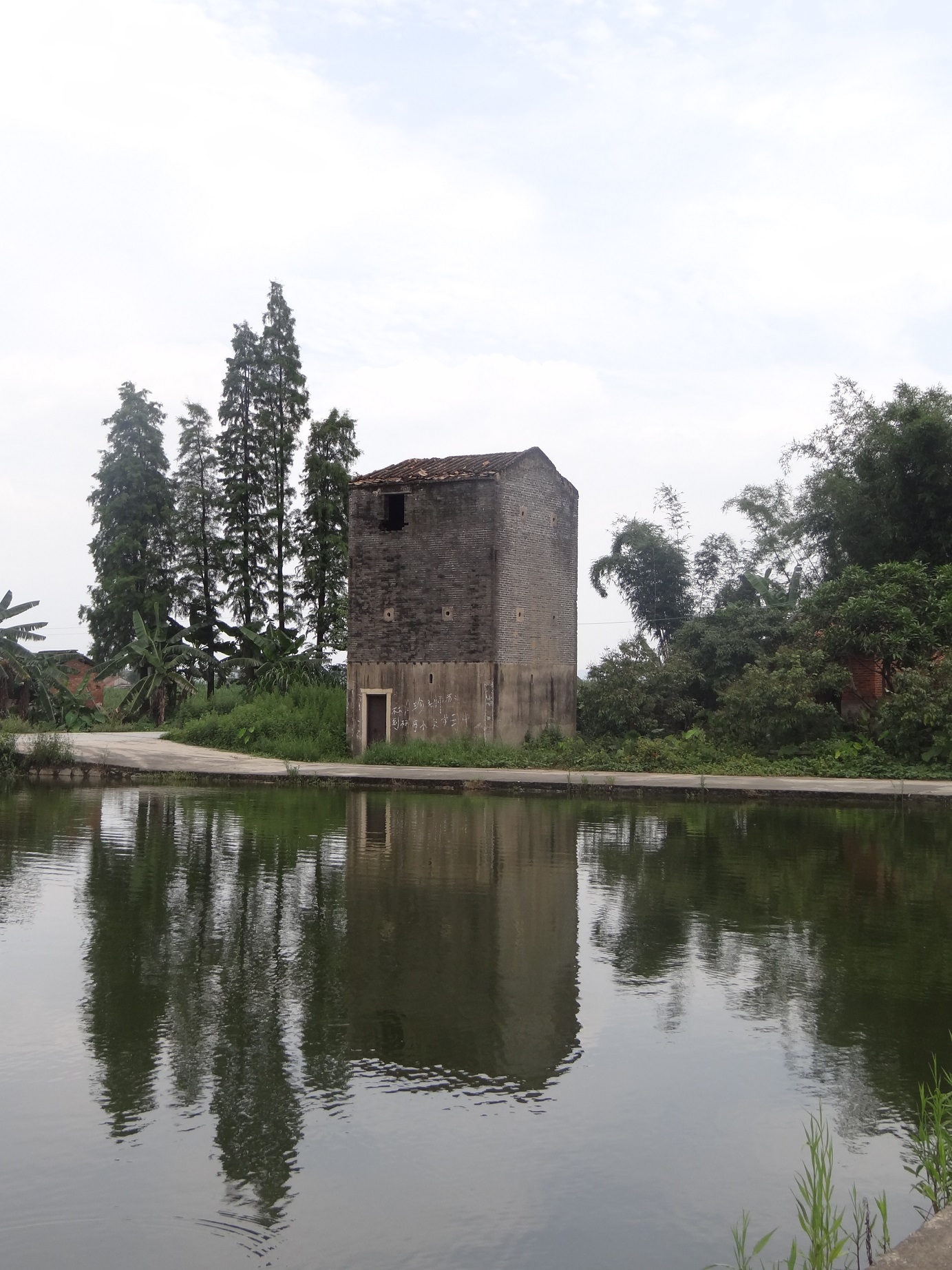 The lost top floor and was never restored, and the tower is now a disused storage structure.