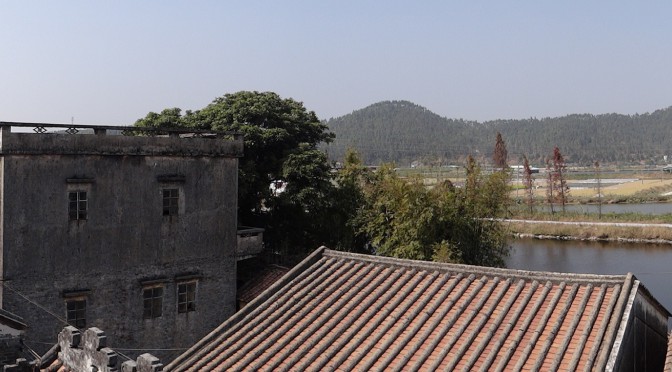 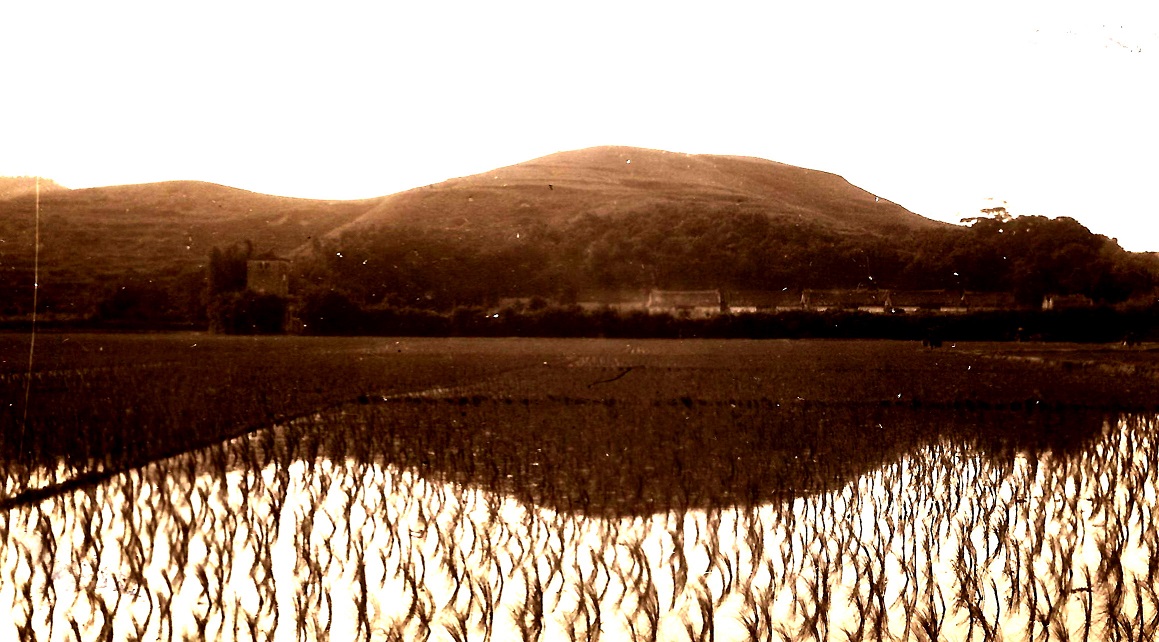 Lighting was made from burning home made candles.  These ‘candles’ were made from tree ambers.  Dry tree bark extracts are collected, melted and festooned into narrow strip using a young bamboo stick.  When it was lite, giving a low glow.  It would burn for a few hours, giving light with the equivalent of a 5w incandescent light blub.  Candles in Joe Yow’s  house were considered too expensive.

He would raise early, when sun comes up, to wash his face.

Breakfast would comprise rice, vegetable or may be some fish.  His mother would go out to the village and chatted with the local women.  The daughter would often follow her.   The boys (Martin and Dawson) would attend to the vegetable patch in the day time.  Martin may set fish traps (see below) for the evening.        Dinner preparing would start around 3pm.  Meals would involve egg (steamed), stir fry vegetable, fish and rice.

Dinner would start and finish early. One of the boys would light the ancestor lamp just before dark, which would run for 15 mins or so.  The boys would play outside in the front yard, often with other kids from neighbour houses. One popular game is ‘pebbles’  (see below).   The women would chat in the open air.  After dark, parents would call them to bed.   They would wash his feet and go to bed.

Fish as a source of food

The fish in the past was in a smaller area. The current pond area in front of the house was used to grow rice.  Nevertheless, the pond provided a ready source of fish.  Martin described how he set his trap.  “The trap was essentially a bamboo frame that floats, with a line and hook that was bated with live worms.  He would float this in the water, and leave this over night.  In the morning, he would notice some traps would have moved – dragged by the fish caught below.  He would paddle a make shift raft (made of bamboo) to collect the caught.  Some days he got one or two day. “

‘Pebbles’ (抓石子)  is a children’s game that involved tossing and catching small pebbles or rocks.  A pile of pebbles lay on the ground.  The player would throw one up in the air, and he would attempt to pick up another one from the ground, whilst the pebble is in mid flight, and collect the returning pebble with the same hand.  Then with two in his hand, he would attempt to pick up the third one, and so on.   A variance of this game could be played with small cushions (抛豆袋) (filled with sand or red bean), instead of pebbles.  This game survived into the 1950, and was rapidly replaced by plastic and more exciting toys.