Whilst the Chinese plot is striking in its uniformity, there are/were two significant structures on the southern side of the cemetery.  This is a stele (memorial plague) and Chinese funerary oven.

This stele still stands today, housed under a pagoda.  The stele was constructed in 1873.  The transcript on the stele read

“ Graves of Chinese ancestors from all provinces of China state , with offering from Guangzhou and Zhaoqing county, erected in the year Qin dynasty  Tongzhi  year  (1873). “

This would form a focal point for formal ceremonies and ancestor worships in the Melbourne General Cemetery, especially in grave sweeping festivals.

In his essay Dr John Fitzgerald wrote that these steles started to appear in 1870s. China was ruled by the Qin dynasty.     The Chinese Masons  – Hung League 洪門 had a major influence in the forwarding thinking of Chinese miners in the colony of Victoria at the time.   He suggested that the word China state, instead of the Great Qin Dynasty was chosen to reflect the modern attitude (at 1870) the concept of China as a country. 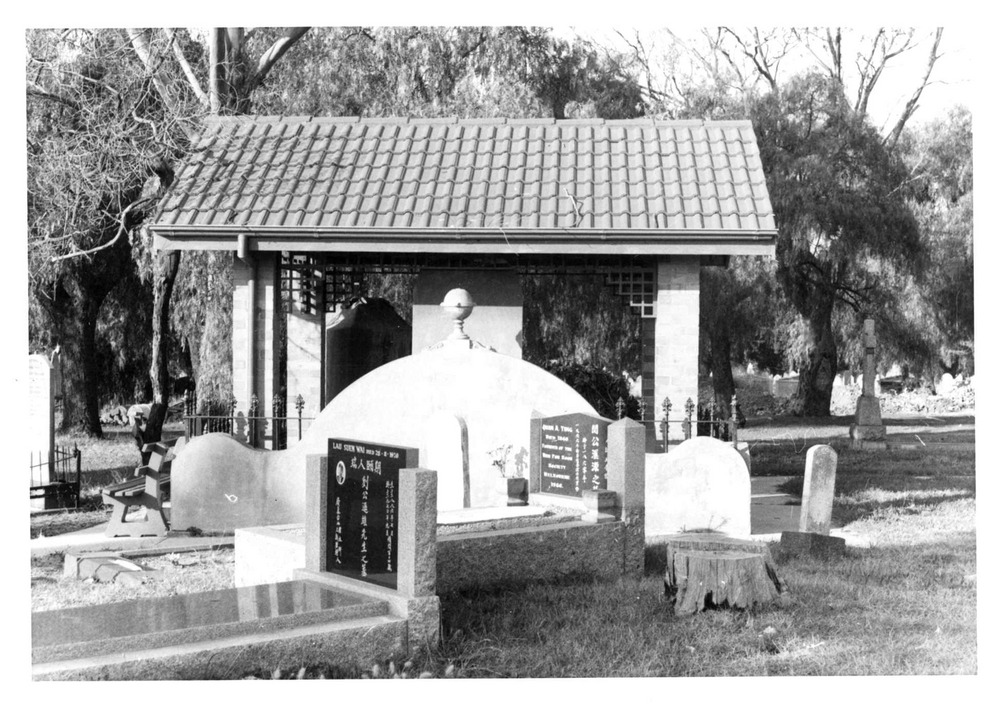 The funerary ovens are brick structures constructed for the sole purpose of burning offerings.  It is essentially a gateway to the other world, where materials goods (in paper form) are transcend to the next world.  These funerary ovens are found in most Chinese temples around the world.

The traditional offering is paper money.  These are soft paper with a gold or silver swat in the middle. They can also be folded into a rectangular block that resembles a gold ingot.

It is also possible to assemble a parcel of the favourite items for the departed loved-one.  It could be ‘addressed’ to the deceased by marking his/her name, and sender’s relationship.   Typically these are presented at the grave site (to the deceased), before it is consumed by the fire in the funerary oven.

In the Melbourne General Cemetery, the pair of funerary ovens was constructed from stone, with ornate decorations.  They were girted by wrought iron grates.

This is a visible part of the Chinese burial custom.  The Sunday Times in Melbourne reported in 15Mar 1903.

“ The Chinese section of the Melbourne General Cemetery there stands enclosed by Iron railings, two quaint-looking urns that attract the attention of visitors. Many are the reasons attributed by the curious for their presence.

The urns were used for the most important part of a Chinese burial service – the burning of incense and paper messages carried on emitting smoke to the souls of the departed. Like all Chinese ceremonials, the funeral ritual, abounding in quaint acts and symbols, characteristic of the strange races whose meaning for so long been as a closed book to the outer world. “ 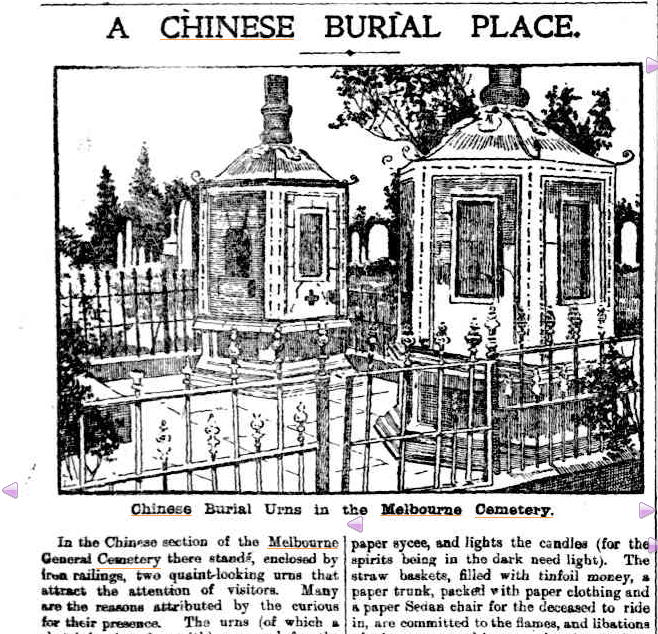 The funerary oven is a powerful physical reminder of the Chinese funeral custom.

Don Chambers wrote in this book, The Melbourne General Cemetery,

“ In the cemetery’s heyday there were two such funerary ovens, but without the modern ‘shelter shed enclosure.  It took decades of agitation by Melbourne’s original Chinese community before European religious trustee would agree to permit such ‘pagan’ structures to exist within the cemetery’s bounds. “ 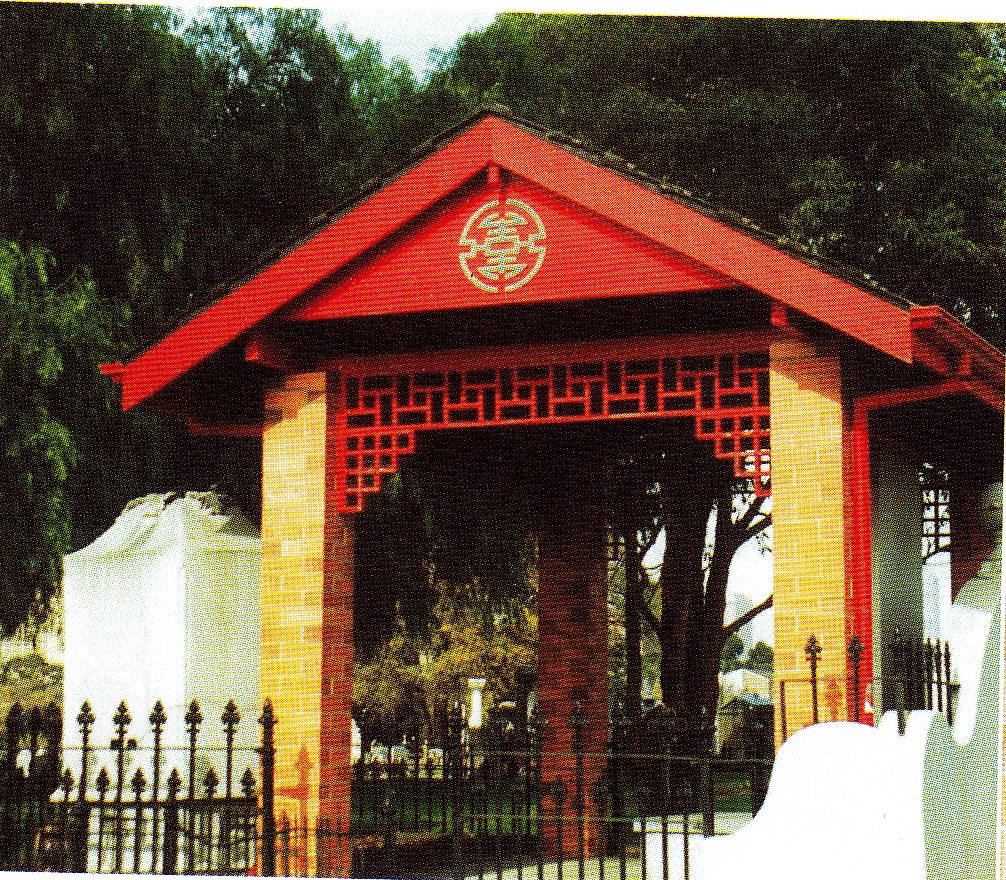