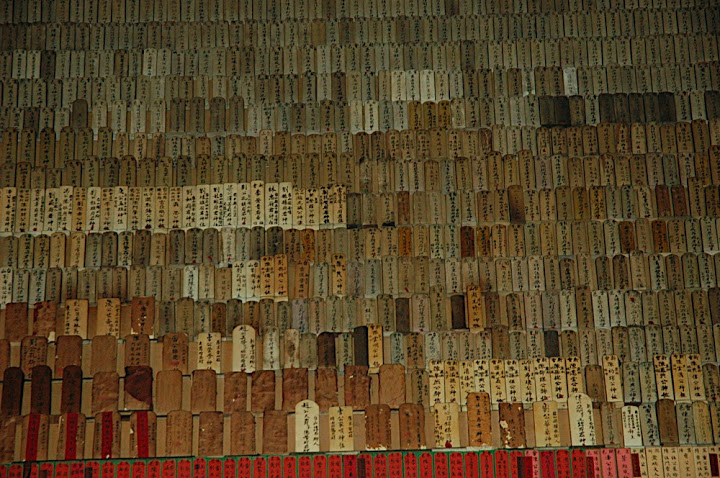 There are three ancestry halls in the temple complex.  This is where ancestry tablets of the Chinese ancestors are stored.  The tablets are shrines where the descendants can pay their respect on key dates such as festivals and anniversaries .     Every name of the deceased was inscribed on a little wooden tablet placed on a frame.  The frame reaches from table level to the top of the ceiling.  In front of the tablets are alters where incense and candles are lit to keep alive the memory of the departed.

The rooms were originally lit by old lamps. This was converted to a gas lamp in 1900s, and now replaced by low voltage bulbs.   These ancestry halls are of the same configuration with the thousands of clan ancestry halls dotted across villages in China in the 1900’s.

The first ancestry hall were for ancestors who died before 1900.  On the very top of the room, hanging from the ceiling is a plague that reads ‘The Great Qing Dynasty’.  Qing Dynasty ended in 1912.   Ancestry tablets are arranged in time order – The oldest tablets are situated at the top.

Currently there are approximately 15,000 ancestry tablets in total in the SeeYup temple. 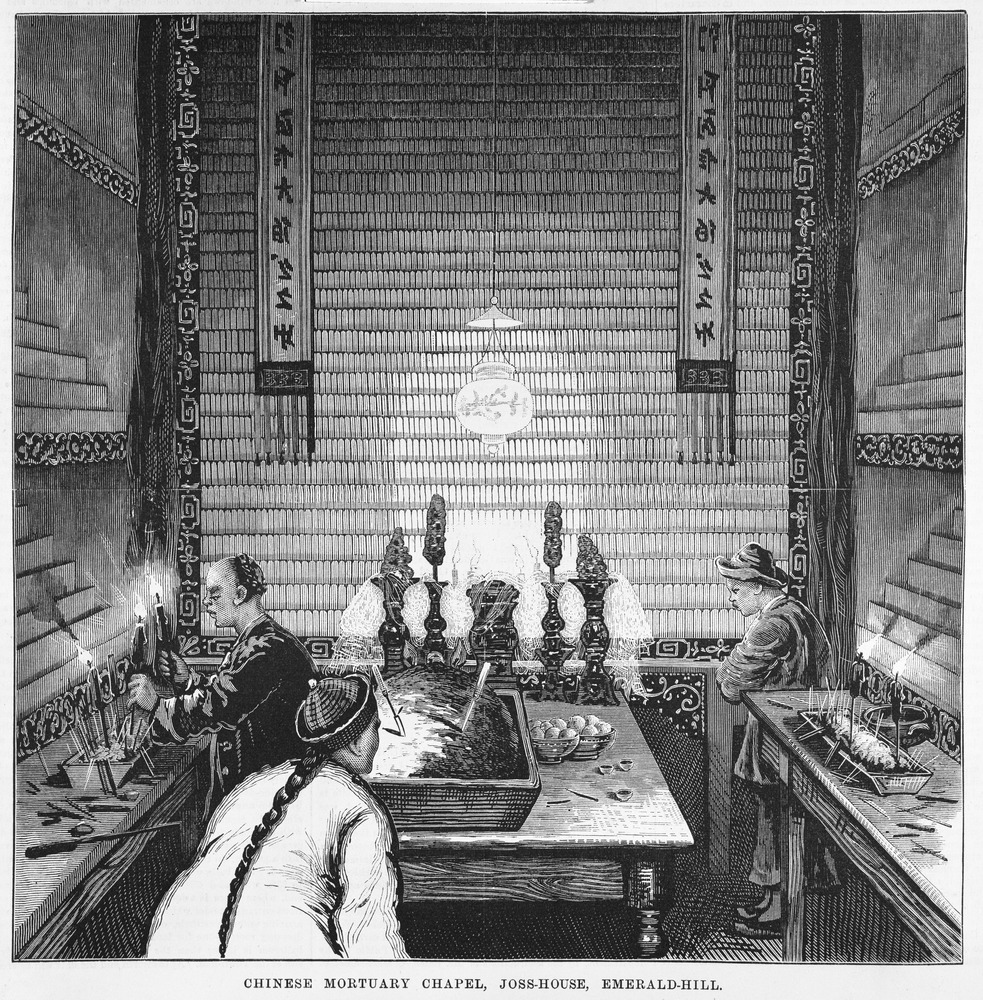 The earliest record of the ancestry hall can be found in 1870 – in a sketching that showed a scene of worship at the ancestry hall.   A man is seen setting candle and incense at the altar.   A roast pig can be clearly seen as an offering to the departed.    In addition, it is noted that the racks on the two sides of the hall were still empty in 1870.  It was completely filled by the turn of the century.

The ancestry hall is open to Chinese from all districts, not only to those from SeeYup. On the tablets there are names of county such as ZhongShan and  Dongguan.  At the time, the tablet costs two-shillings.  It is common for friends or clans men of the deceased to contribute the cost towards setting up a tablet, thus providing the last act of loyalty for their countrymen.

All the tablets are standardised in dimension, material and format.   Each tablet contains some essential information about the deceased.  These are the county, village, surname and name. 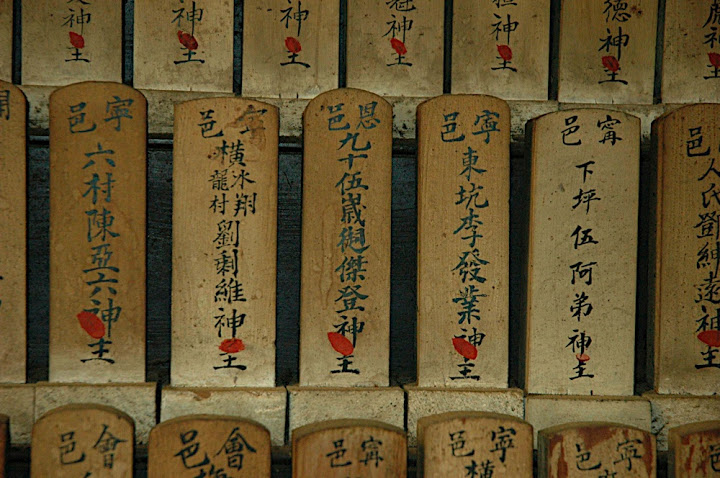 A small section of ancestry tablets in SeeYup ancestry hall.

The Chinese miners who died in the colony would probably be buried in cemeteries in the gold fields, although a small proportion of these would have their remains repatriated to their home village for reburial.     In the absence of decedents or unable to return the remains to the home village, a tablet in a clan’s hall would be the best way to keep their memory alive.

New tablets are installed on two occasions, each year.  These are ChingMing 清明and ChongYueng重陽 festival, both periods relate to grave visits and honouring the dead.  The head of the SeeYup society would conduct a ceremony, where a red dot (symbolise luck and longevity) is marked on the tablet before being installed.

The ancestry hall is a quiet and solemn place, punctuated by the occasion visits from decedents, some of whom came from far distances to honour their memory.