By 1860s Melbourne was already major metropolis.   It was an entrepôt for Chinese miners who came from all parts of southern China, to the gold fields of Victoria.

The first county society formed in the Colony of Victoria was Kong Chau society (岡州會館).   This society covered Chinese miners from the surrounding areas of Xin Hui (新會) county. 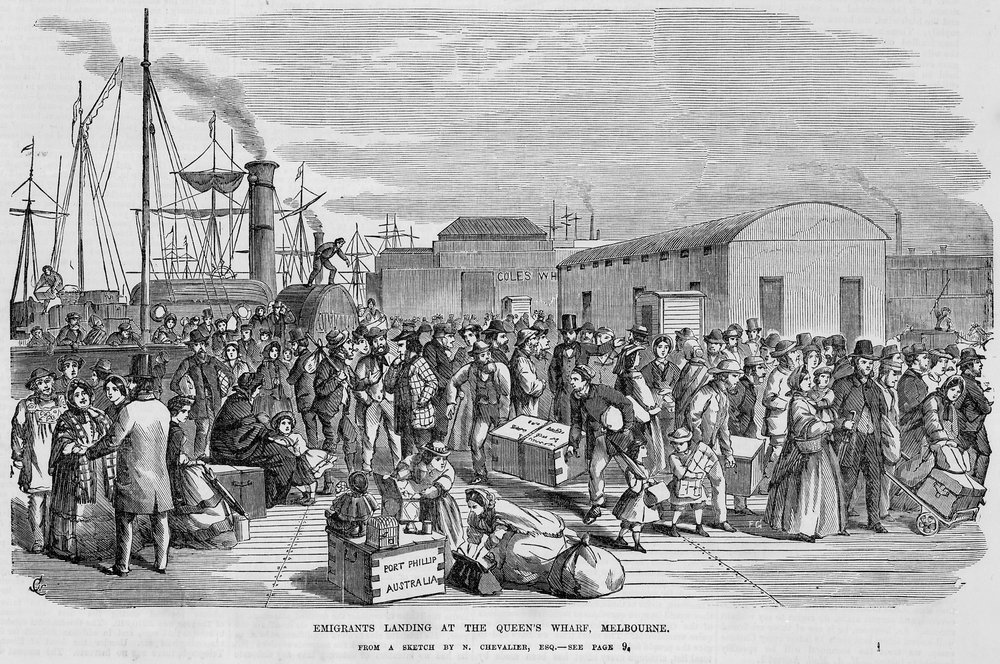 A scene describing Immigrants arrive with their goods at Queens Wharf, 1854

The society was formed to assist fellow country man in fossicking for gold.  It has a ‘constitution’ that governed the conduct of its members.  It collected membership fees and donations for specific projects through grocery shops dotted across the gold fields.  A ticket was provided as a ‘membership card’.

The assistance they provided for the Chinese miners included

At a later stage, the society provided aid for the sick and the aged to return to their village (返唐山),  repatriated remains of the deceased, charity work for raising funds for hospitals, disasters relief in China.