The building on the left of the temple complex is dedicated to the Buddhist god Kuan Yin Buhda 觀音菩薩.

Kuan Yin (Guanyin) is also known as the Goddess of Mercy, or the Divine Mother.    Kuan Yin originated as the Sanskrit Avalokiteśvara. She serves mankind in much the same way as Mother Mary in the Christian faith.

Kuan Yin is a bodhisattvas, a being of wisdom destined to become a Buddha.  One legend has it, that she forfeited entry to heaven when she heard the anguished cries of the world.   Instead she had taken the vow to save all beings from suffering.   Kuan Yi embodies the mercy and compassion.   She is sometimes also called Kuan-shih-yin  (觀世音), loosely translated as “one who reads, looks on, or hears the cries of the world’.    People pray to her for comfort, healing, guidance, mercy and forgiveness.

The Kuan Yin god-statue was added to KwanTi temple in 1970s.  It remained very popular with worshippers today. 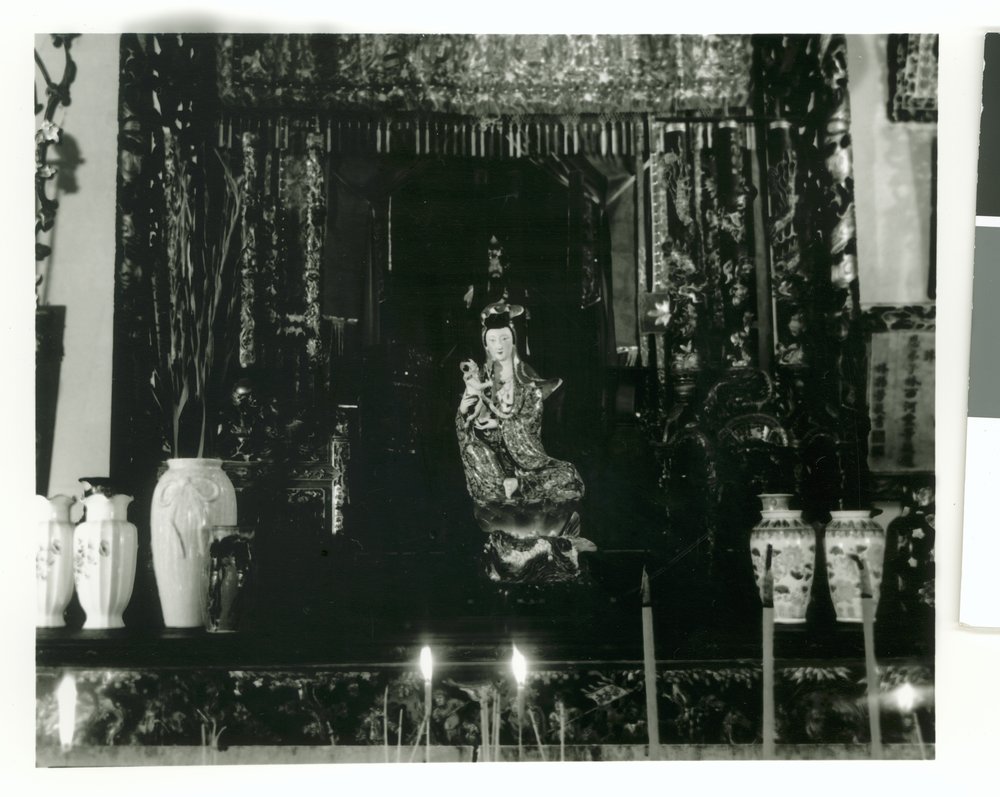 The front entrance to the temple has a main plague on the top, bearing the words SeeYup society, and a pair of poem that describes loyalty and righteousness.  The writings were created by master calligraphers in China in 1850’s.  These are transferred and engraved into the timber.

The original words were penned by Cheung Tse Tun 張之洞Zhang Zhidong .   He was an eminent politician during the late Qing dynasty. 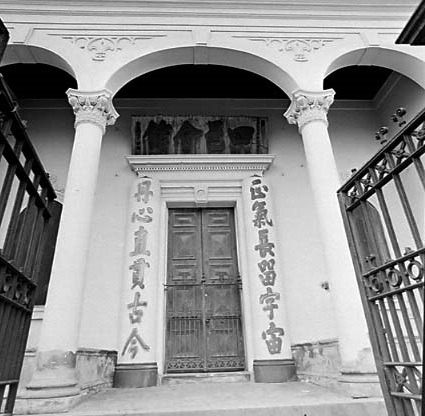 The poem that girt the entrance reads :

“His righteousness is known to the entire universe

His loyalty reaches to time immemorial”

This was penned by 吳日昇, a scholar in the Qing dynasty.    His signature can still be seen at the bottom right of the plague.

Previous: Seeyup temple in 1948
Next: Temple amongst churches