There is a fascinating insight of the temple in 1948, where The Argus published a featured article on their WeekEnd Magazine.   They interviewed the then temple keeper (廟祝)Hey Shoek.     This is the first photo records of inside the temple.   It also reflect the perception of the public on the temple.

“ In a Joss House in South Melbourne the remnant of Melbourne’s old Chinese still worship their celestial ancestors.

Inside, it was dim, but there was the whole setup, decoration and effigies, ancient swords, ceremonial drums, sacred rocking horses, and golden altars.

It is Hey Shoek’s job to assist worshippers. He lights the ‘luck sticks’, place offerings of food on the ‘altars’, and once a week refills the tea cups in front of the sacred rocking horses.   It is his job to prevent school boys from throwing stones at the dragons outside the front of the building.  The Dragons have been patiently ‘taking it’ for years.  Years ago there were also many grown-up ‘larakins; he said.    ‘But now Australian and Chinese very good friends”. 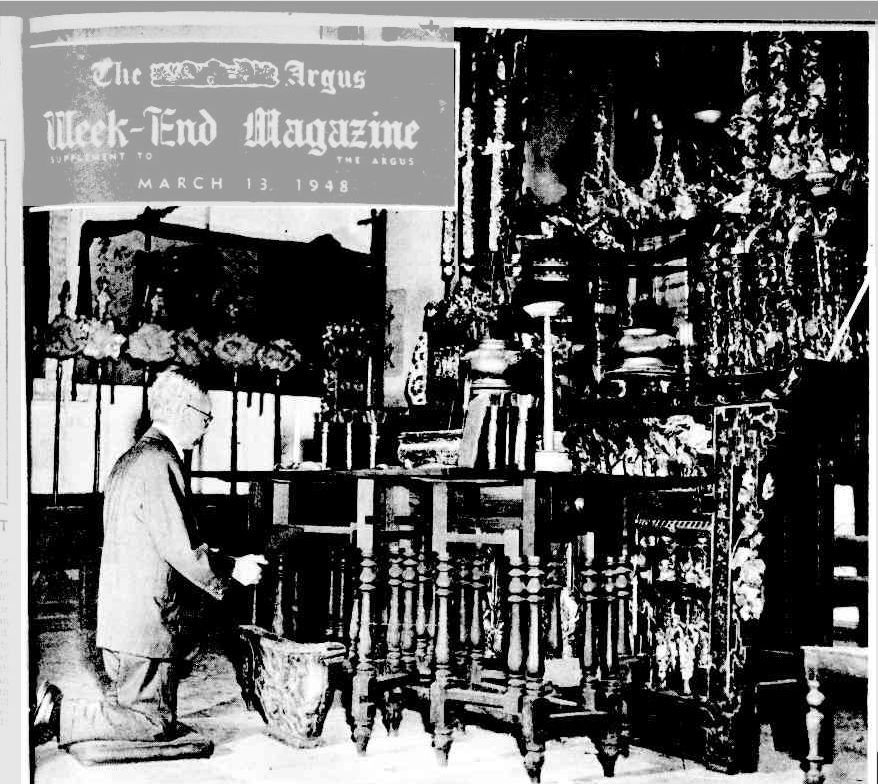 Kwan Ti god, his horse, the battle axe, the literary eight treasures, together with the drum and the bell in 1948. 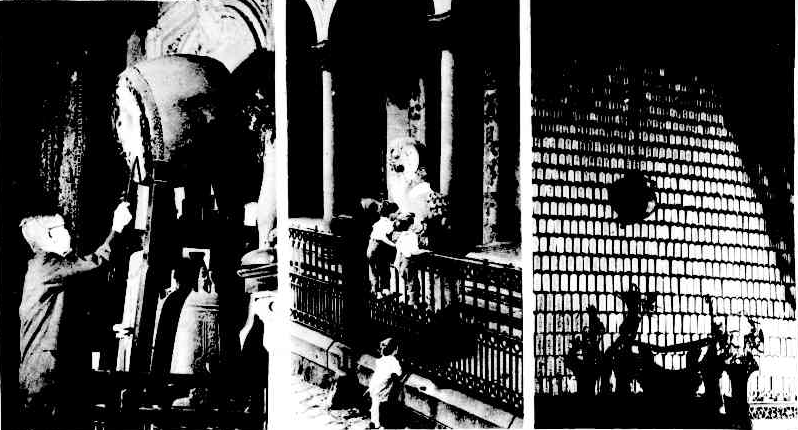 Hey Shoek announcing the ceremony with a drum, local children curious about the temple, ancestry hall in 1948.