Way Lee was probably the best known Chinese figure in Adelaide.  He became the de facto representative of the local Chinese, and the focal point of most Western-Chinese ceremonial interactions.

As a community leader, he represented the Chinese community in festivals, celebration, parades and public events.     The newspaper archives had a number of examples of these : 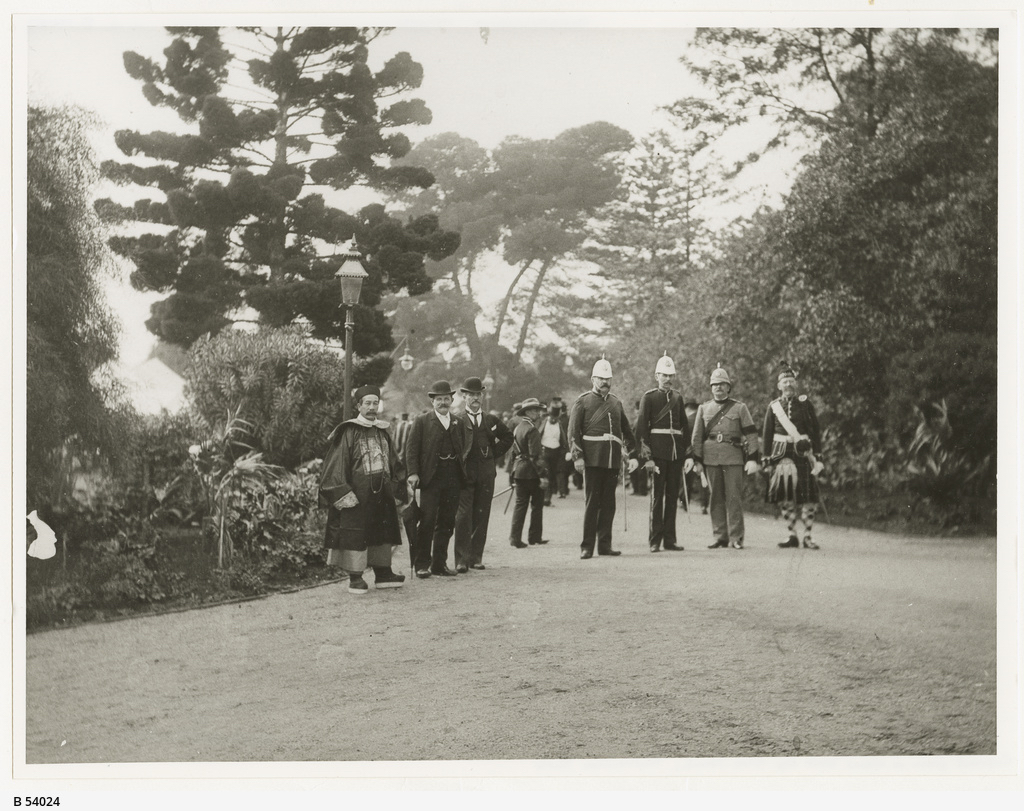 Way Lee in Mandarin attire, in the garden of Government House, celebrating the visits of Duke and Duchess of Cornwall, July10, 1901

Way Lee had organised resources, food, costumes, lanterns for these events.  His business Way Lee & Co also supplied the fireworks for some of the celebrations.

Way Lee was in contact with other Chinese centres.   In 1898, he had arranged loans of costume and dragon for a charity carnival from Bendigo Chinese Easter Fair Committee.

A stamp carrying his name “Returned by WAY LEE, Tea Merchant, from the ADELAIDE CARNIVAL” , can still be seen in the Bendigo Dai Loong museum today. 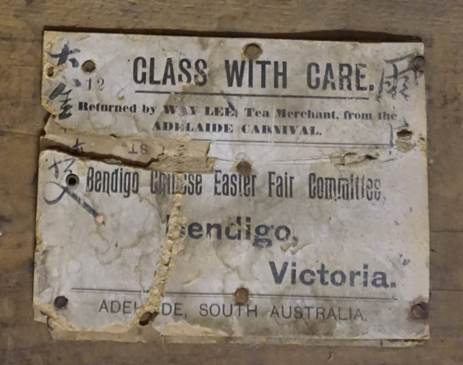 Way Lee held numerous dinner parties, to entertain dignitaries, business associates, church and communities leaders.  As his circle of friends was primarily Westerner/European, it gave him a chance to share the cultural experience in a more personal setting.  In these dinner parties, he was performing the function of a cultural ambassador for China.

The following is a description of the New Year’s feast, based on the article published in the Christian Colonist.  It captured the cross-cultural, good humour evident in 1884.

All the tables had been laid out beautifully with immaculate white tablecloths and with bowls containing different preserves, meats, vegetables and soups.

Then, it was decided by all present that they should begin the festivities. The hosts reminded all the Europeans to be sure and ask for anything that they wanted that had not been supplied, assuring them that they should make themselves at home. ‘The dishes were many and varied; each basin contained a different assortment of all kinds of poultry and pork; and as it was cut up into small squares’ the Europeans experienced no difficulties with the feast except for the chopsticks.

‘How to use these little bits of wood was a puzzle.’ A few managed to lift pieces of duck, but dropped them in the communal soup on the way to their individual basins, splashing soup all over the pristine tablecloth. These accidents were taken in good faith, and ‘English knives and forks’ were placed before every European guest in case they could not manage the Chinese eating utensils.

The supper was formally opened by Way Lee, who toasted Cheong Kee with a small cup of Chinese wine. ‘The others followed in quick succession [until] each man had drunk the contents of his friend’s cup’, whilst the European guests watched with interest. The host, noticing their quiet interest, held up a large bowl of Chinese brandy, and directly facing the Europeans made a toast to them. All the Europeans responded. As they did not drink the alcohol, lemonade was substituted and drank from the bottle in the fashion at the time. The host held the basin with both hands in front of his friend’s mouth, and invited him to drink from the basin. Each man held the basin to another’s mouth. Two European men, ‘great friends of the Chinese’, thought they might do the same, so in responding, they, after a brief speech, attempted this different mode of drinking. It was reported that the Chinese were delighted with this gesture on the part of their European guests and laughed good-naturedly at their attempts to follow Chinese custom.

An event in Adelaide Town Hall 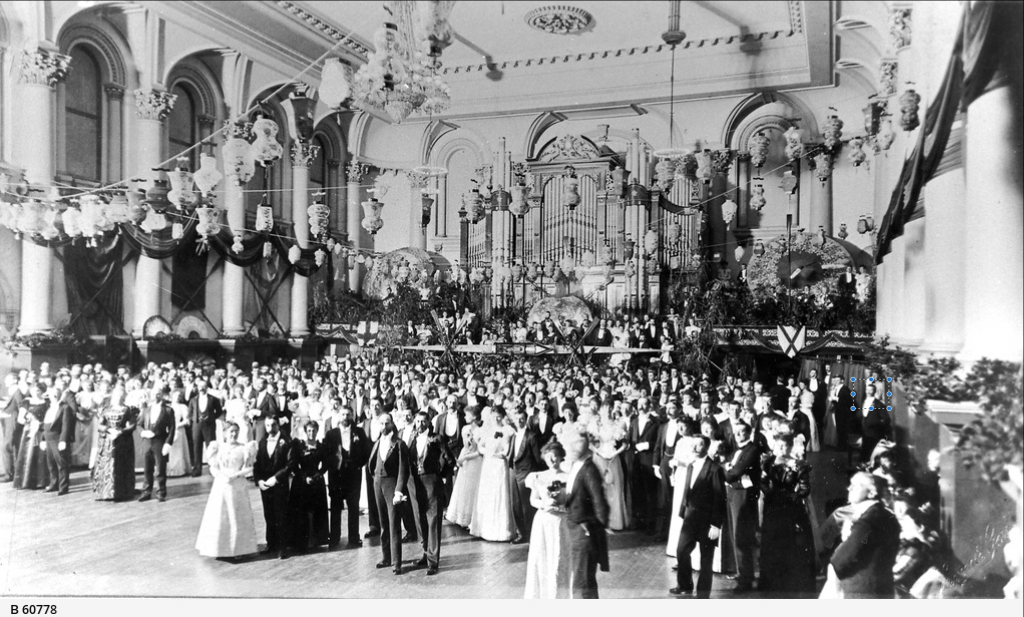 In 1900, Way Lee started a movement to raise money for the Transvaal Patriotic Fund.  With the success of this, he wrote to Quong Tart, proposing to establish a similar organisation in Sydney Chinese community.  Quong Tart took up the suggestion, and added Chinese processions and a theatrical performance to augment the fund raising.    By all accounts, this had been very well received in Sydney.

Way Lee and Quong Tart continued their friendships for years to come, decedents of the two families are also in contact today.