He was a philanthropist and a leader in the Chinese community.  Throughout his life, he was an active fund raiser for charities for the colony of South Australia.  Here are some examples of his fund raising : 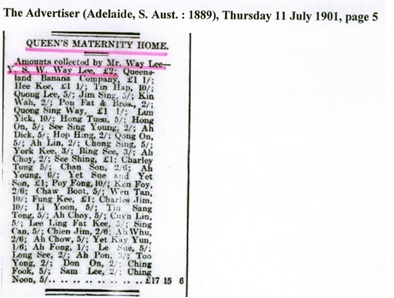 As a community leader, he also had keen interest in the welfare of his countrymen.   Two examples were recorded in history.

Way Lee was a founding member of Dong Yee Tong.

Dong Yee Tong is a benevolent organisation, set up for clansmen of the Dongguan area.  It operated in China, Hong Kong and Australia. It provided assistance for their members on migration and trade.   In the early days in Australia, it provided lodging for new arrivals, sponsoring migrants, assisting new arrivals in their job search, returning bodies of the deceased, saving poorer members, even provided bail for clansmen who found themselves in jail.    A similar comparison can be made with the SeeYup society in Melbourne. 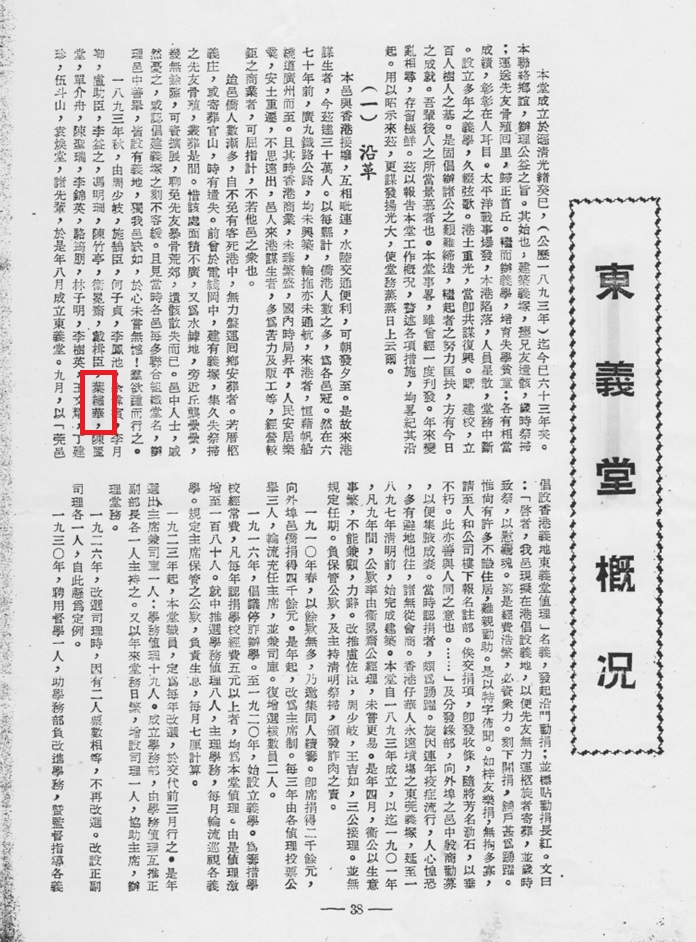 Records of Way Lee’s donation for the construction of a coffin home for Dongguan people, was found in the Dong Yee Tong society record.    The year was 1888. 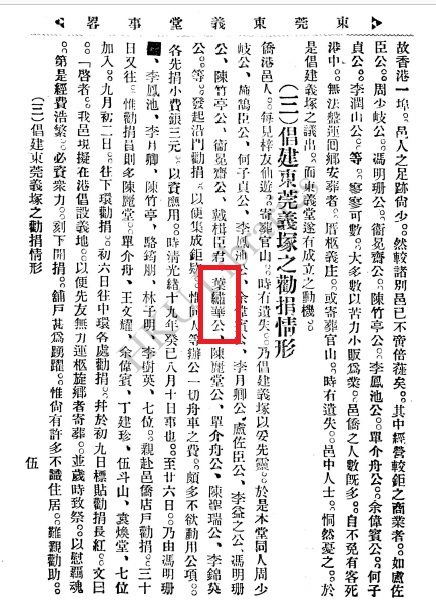 In the first half of 20th Century Dong Yee Tong was particularly active in Hong Kong. There they operated schools, hospitals and conducted regular fund raising.   The organisation gradually evolved into a business networking society, assisting facilitating members in developing commerce and trade. 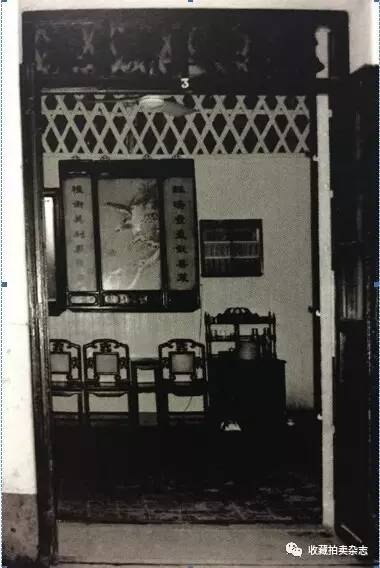 In 1889, Way Lee organised a Chinese Famine Relief Committee in Adelaide to raise funds for flood relief in China.  This had supports from church leaders and council members of Adelaide.  A thousand pound was raised, and was remitted through the British Consul in Shanghai.

In return, the Emperor Kwong Hsui 光緒  issued a commemorative plaque as a message of gratitude to the people of Adelaide.

In the evening journal, Adelaide SA, Oct 29, 1889 was a report of the arrival of this commemorative plaque.  It reads

“ The Emperor, in the 6th month of 15th year 光緒 Kwong Hsui reign, directs that this tablet be forwarded to the committee of the China Famine Relief Fund in Adelaide.  On the tablet is the Emperor’s name and the date, also the names of the Famine Relief Commission and the Secretary. The plaque was signed by the Viceroy Taung Kua Chian.

Directly under the name of the Emperor, is a four letter inscription, that reads “All people dwelling on the earth are the children of one God”. 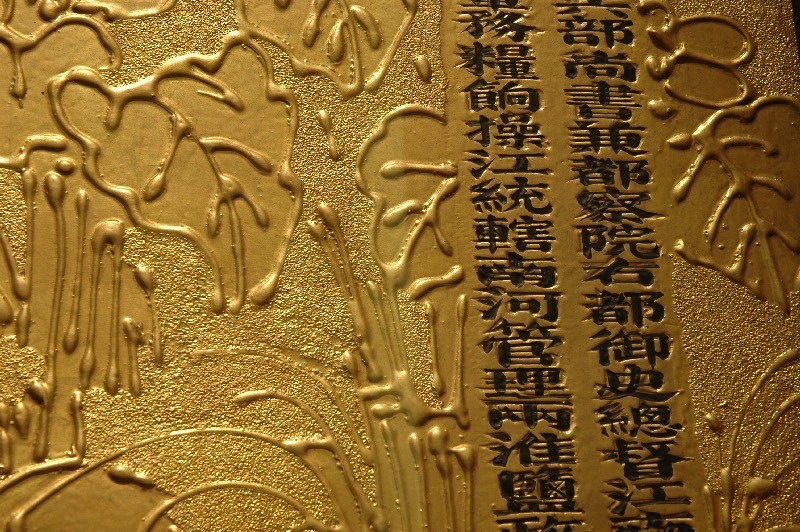 Inscription of the Commemorative plaque 1889

This important historical artefact now hangs in the Migration museum in Adelaide.