The progenitor of Way Lee’s lineage is Yip Wing Ching.  葉永青  Yip Wing Ching, given name 葉剛 Yip Kong, 1226—1277.   He was Way Lee’s ancestor 14th generations prior.  He was a significant historical figure in the end of the Southern Song dynasty. 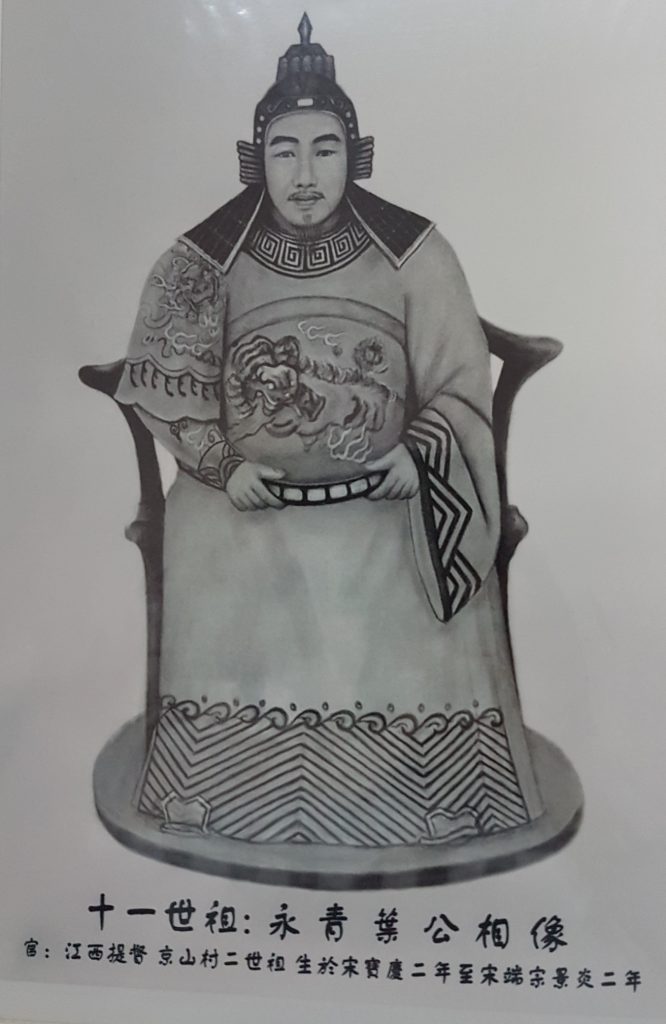 In the decade of  1270,   Southern Song dynasty was locked in a mortal struggle with the Mongol from north, led by Kublai Khan.

By 1276 the Mongol king who had proclaimed as the new emperor of China under the Yuan dynasty元朝,  had conquered all of the Southern Song’s territory, including the capital at Hangzhou.

The loyal army and rebel remnants of the Song court fled south, to Fujian and Guangdong area for the final resistance. They were to defend the last Song King.  Yip Wing Ching, Way Lee’s progenitor was fighting in a resistance of the Yuan army.

In 1276 Yip Wing Ching together with two of his brothers raised an army to resist the Yuan army.  He serve under general 熊飛 Xiong Fei and scholar general  文天祥 Wen Tianxiang, with some initial success.  He was given official titles, and service in the Song court. On the eighth month of 1277, the royal court was ambushed and surrounded by Yuan army.  Yip Wing Ching sacrificed his life to protect Wen Tianxiang.  This allowed a break out and saved the royal court.    He was recognised as a hero.  He was 52 and is buried in the Yip clan bury plot 黎霧嶺 in King Shan village.

Two years later, in 1279 the Song army was defeated in its last battle, the Battle of Yamen in the Pearl River Delta. The Song Prime Minister Lu Xiufu is said to have taken the last boy emperor (Emperor Bing 宋帝昺) in his arms and jumped from his sinking ship into the sea, drowning both of them. 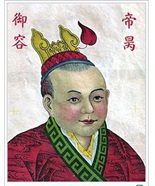 With the death of the last remaining emperor, Song China ended, while Kublai Khan established the realm of the Yuan dynasty over China proper, Mongolia, Manchuria, Tibet, and Korea.

Yip Wing Ching’s deed was recorded in Chinese history books. His grave site is one of the oldest in the family burial plot.  It is certain that Way Lee would have known this part of his family history. 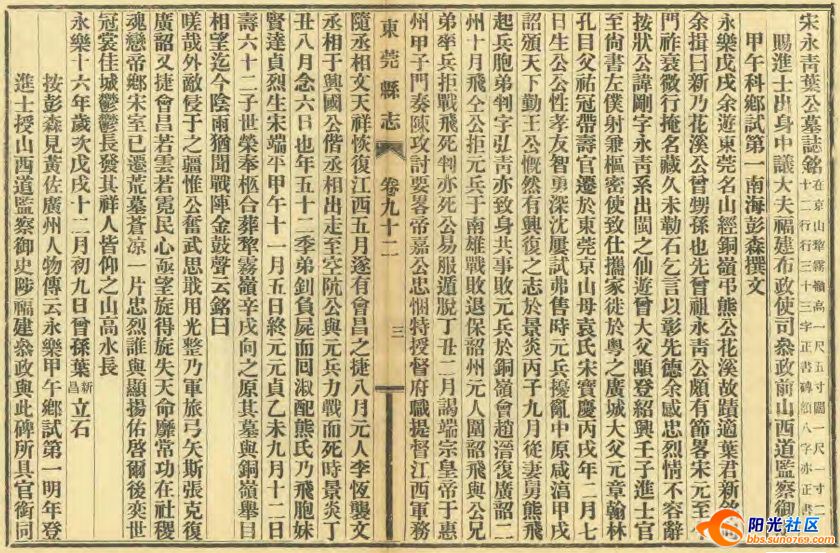 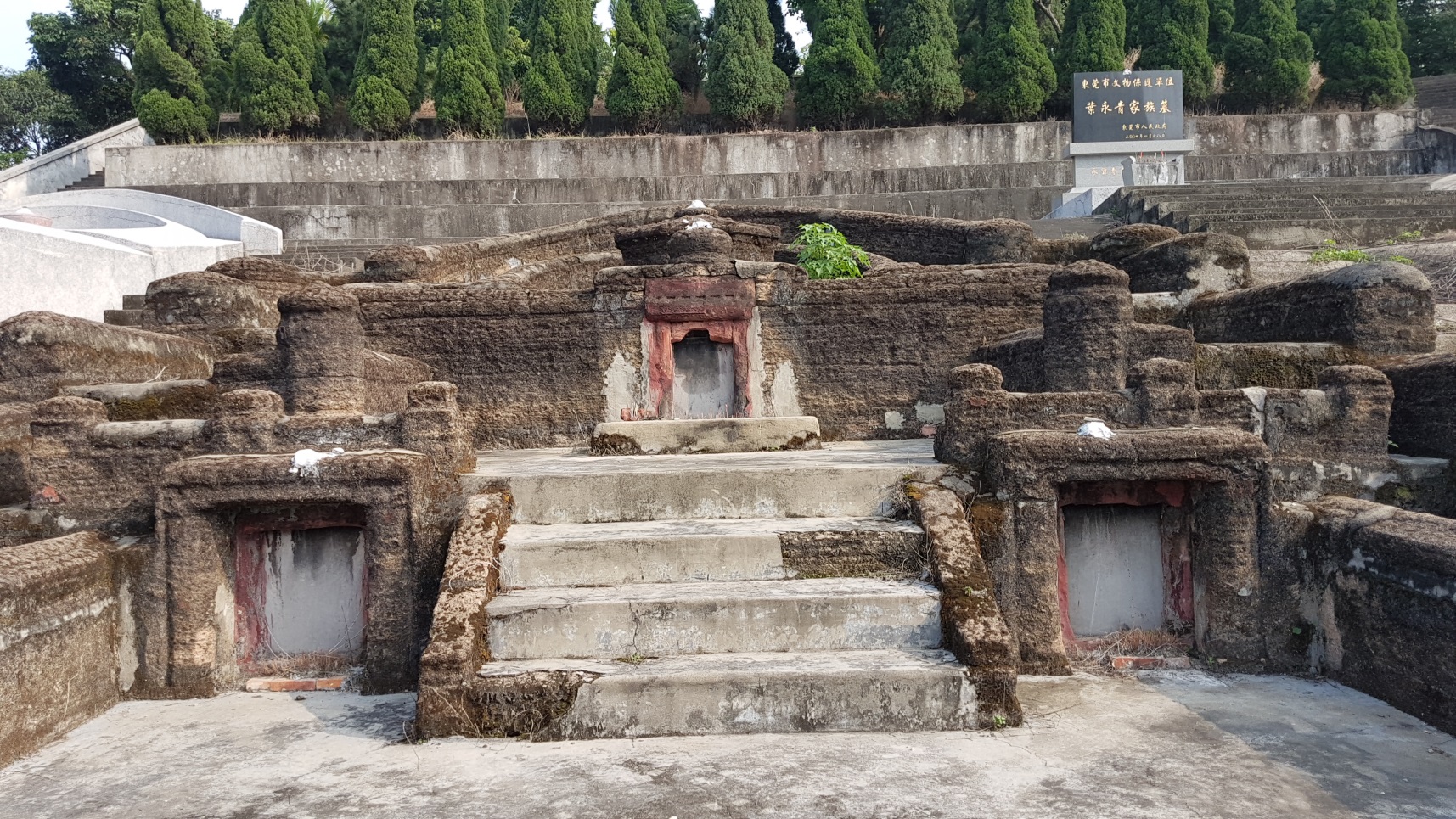 Previous: Family temple and family home
Next: Way Lee, a century on