A zupu (simplified Chinese: 族谱; traditional Chinese: 族譜; pinyin: zúpǔ) is a genealogy book of a Chinese clan, for male sharing a common surname.  It describes the generational relationship (a family tree), and may contains stories of the clans history, origins and illustrious members.   It is also called jaipu (家谱).

This is manually prepared, in a hand written, soft bind copy.   It is usually updated or maintained by the eldest person in the extended family, who hands on this responsibility to the next generation.

Maintaining or updating the  zupu (simplified Chinese: 修族谱; traditional Chinese: 修族譜; pinyin: xiū zúpǔ)  is a very important task in Chinese tradition, and can be traced back thousands of years.   Often the book is copied, and new sections added.

In western civilisation, these lineage records are often kept at the church or the parish.  Zupu are generally held and maintain in the hands of eldest male in the clan. 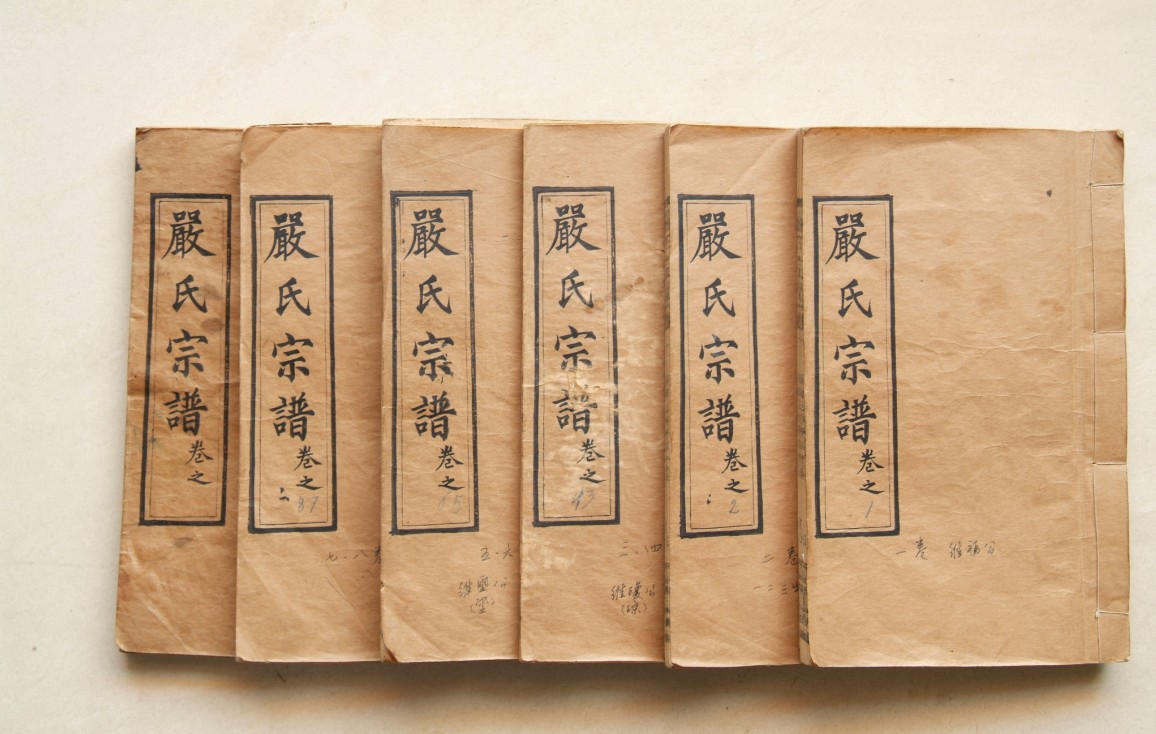 There is no standardised format for family tree. However typically you can find the following information

More importantly, each person is allocated a generation no (世).  This is sequence start from the earliest ancestor (世始祖).   If one assume each generation has a 30 year life span (between birth and producing heir of his own), you can estimate the age of each generations.

Zupu and Jiapu usually contain entries about the migrations of the people and social evolution. It tracks the growth of the clan members by recording in detail their political, military and academic achievements. It also eulogizes the clan’s ancestors and encourages the future generation to do worthy causes to maintain the good name of the clan.

Some zupu, may include a family creed and other poem, which outline moral behaviour, human value and obligations that guided the clan.   These are generally based on key elements of confucian ideas, but coached in the context of that clan.

It is very likely that this forms part of the education for children of the clan.

Zupu or Jiapu usually does not have prominent records of the women in the family. This is because in Chinese families greater emphasis is placed on the sons who will carry on the family name. When daughters marry, they are considered a part of their husband’s family. Although their names are mentioned in both their family and in-law’s Jia Pu, their significance is usually marginalized since they are unlikely to extend the family’s lineage.